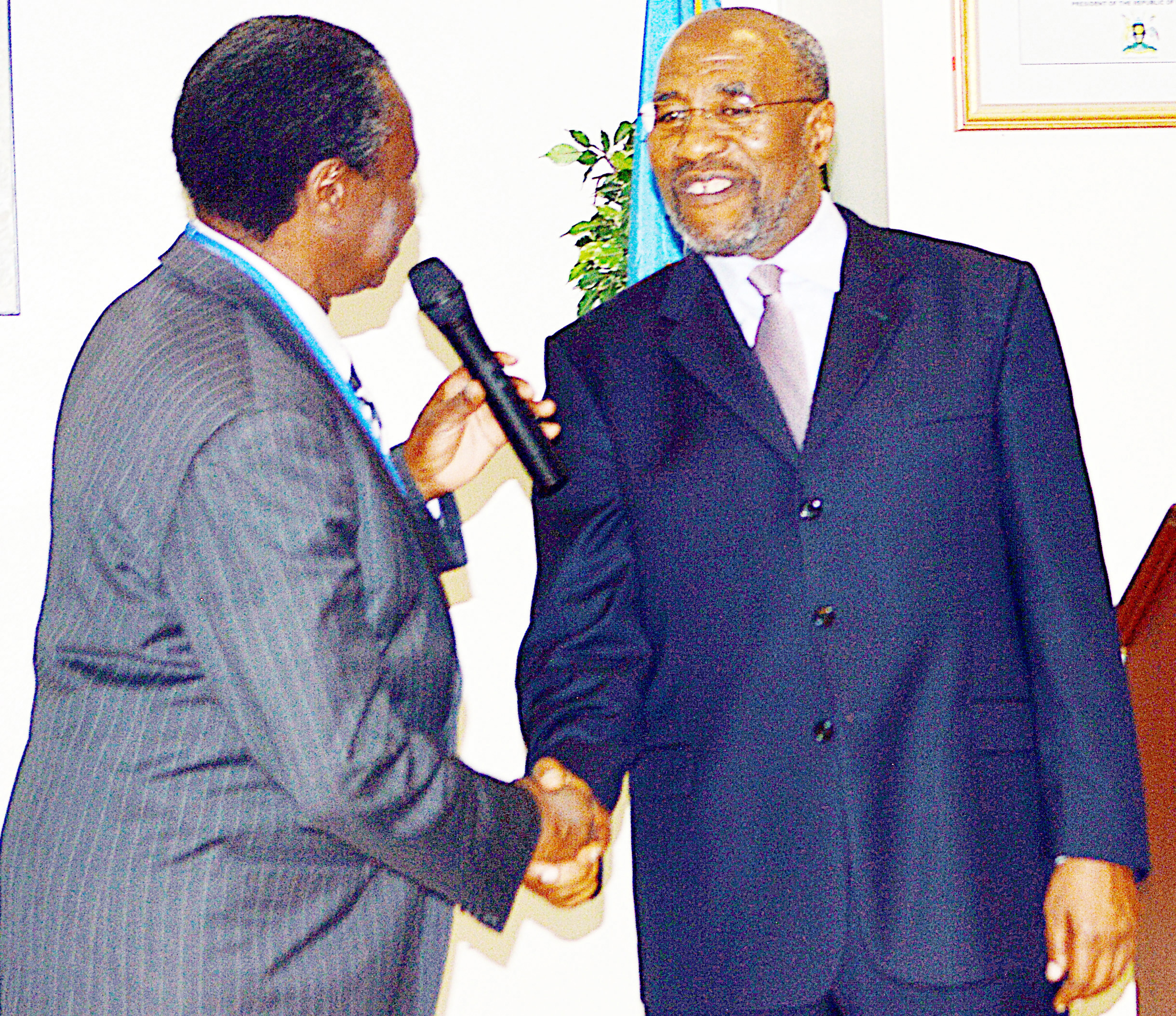 Prof. Francis Omaswa talks with Prime Minister Ruhakana Rugunda during the book launch in New YorkA book that seeks to redefine the way in which Africa is viewed by Africans themselves and the rest of the world has been launched in New York. The book titled, African Health Leaders: Making Change and Claiming the future” is edited by Prof. Francis Omaswa and Lord Nigel Crisp with contributions from 23 other African leaders in health. This was the first of many launches, with the Ugandan launch due to take place on October 10.

“I am pleased to participate at the launch ceremony for this newly published book on “African Leaders; making change and claiming the future” said Dr Rugunda, who read the joint speech during the book launch.

“It is our hope that this book will be essential reading for all those engaged in this dialogue and that some of the authors of the book will be tapped for their valuable experience. It is also our hope that Africans and their international development partners will benefit from reading and digesting the content of the book and use it as a catalyst for the continuing dialogue on the critical issues facing African as well as global health,” Dr. Rugunda said as he launched the book.

Prof. Francis Omaswa, a co-editor and executive director of ACHEST said: "This new book opens the door to a new approach in the way Africa will be seen by Africans themselves and by the world." Lord Nigel Crisp also a co-editor added: "Africa has a lot that the rest of the world can learn from."

Africa’s story should be told by Africans not foreigners; and the book has started this shift. It is not a mere narration by on-lookers, but by people in the trenches of development, doing the actual work. It is written by Africans who have personally contributed to major achievements in health in 14 African countries two of whom, Miriam Were and Susan Edjang, attended the launch.

Rugunda further added that African institutions, communities, techno-professionals and political leaders want and deserve to be accorded the space they need to own and determine their future. This, of course, does not mean that Africans want to work and live in isolation.
The co-editor of the book Lord Nigel Crisp is not an African.

Africans according to the book want to be equal partners with their counterparts in the rest of the world. Africans are asking for collaboration, joint learning, co-development and global solidarity.

The current Ebola outbreak in Western Africa shows how weak community ownership and partnership with their own governments and with the international community leads to mistrust and the difficulties in getting epidemics under control.

On 26 September, 2014, the new book was the subject of a lively debate at the Department of Global Health at New York University. This followed presentations by the authors of the book. The new book has generated a lot of excitement among the global health and development community and is seen as a catalyst that will provoke intense and constructive dialogue and contribute to a new way of doing health and development business in Africa.